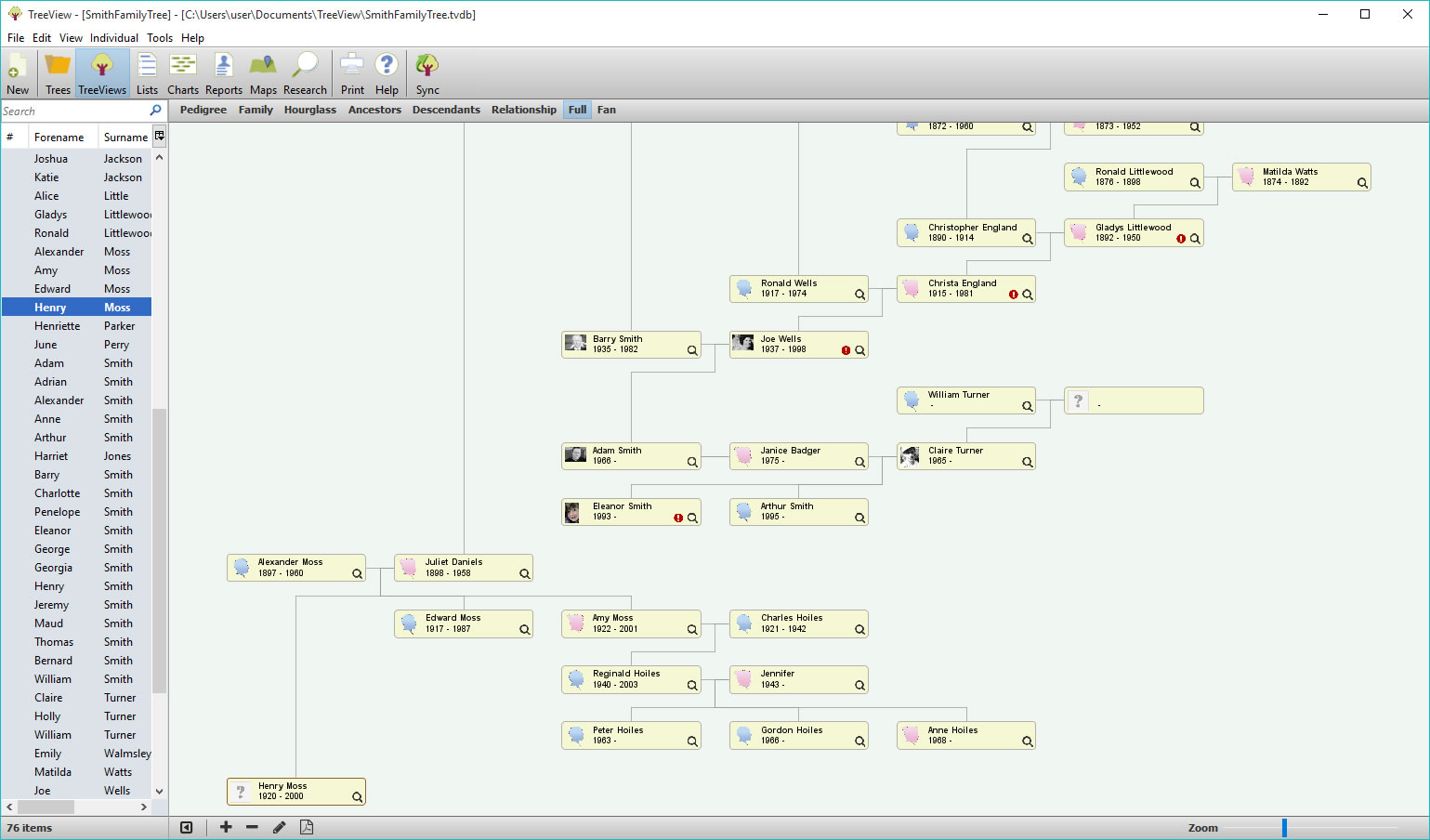 Here is an area where there are plenty of free options for the family historian. Several top-level genealogy software packages provide free trial versions, and it’s a good idea to explore what they offer. In some cases they are time-limited, which won’t help you long-term though at least provides an opportunity to see if you think they’re worth paying for. In others, though, you can get hold of ‘light’ versions of the program for free: these will have a restricted feature set, but if you’re not too fussed about all the knobs and whistles, these can be ideal for recording your research. Sometimes there are ‘demonstration’ versions which work in a similar way.

RootsMagic for Windows offers a free ‘Essentials’ version, for example, with a lot of features – you can see a list of these at the RootsMagic website. FamTree is available for free (for Windows), although hasn’t been updated since 2017.

These days there are great options in the cloud, too (see our separate page about free cloud tools). TreeView is a front-runner, with a free trial – there’s a mobile app too.

PC users have lots of options for trial versions of general genealogy software packages. Family Historian and Genbox offer free 30-day trials, as do Kith & Kin and its sister program TreeDraw (both from SpanSoft), and Brother’s Keeper also has a free trial. Ancestral Quest and Agelong Tree both have trial versions for both Windows and Mac, as does Heredis.

Mac users can also try free limited versions of Reunion and MacFamilyTree. There are lots of free versions of iPhone/iPod genealogy applications too, which you can find at the Apple App Store.

If you don’t want so many limitations, there are still options for PC users. Legacy offers a cut-down but still useful version of its paid-for ‘premium’ program.

Some software developers produce ‘open source’ programs, where many people around the world collaborate to make them better. A good example for genealogists is Lifelines, which has Windows, Mac and Linux versions. GRAMPS is another, again with versions for all three operating systems. You can find a longer list of freeware here, too.

Try a free search to what records are available for your ancestor!

Tip of the day

FREE BOOKS: Try searching for 'full view' and 'public domain' titles at http://books.google.com – there are many older genealogy works here. Also, everything at www.archive.org and www.gutenberg.org is free.